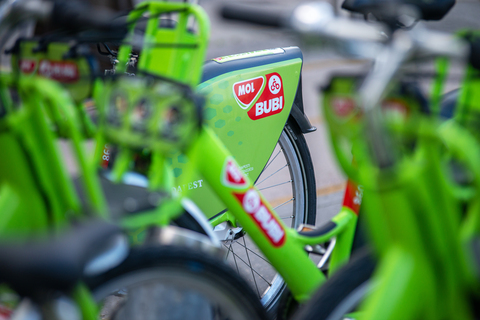 Thanks to the reconstruction works, several metro stations along metroline M3 become accessible. In the course of the actual works, a lift is being constructed at the Lehel tér metro station, therefore the reconstructed station will become accessible more easily not only to physically-impaired customers, but also to parents with prams and seniors with reduced mobility.

The reconstruction works have an effect on the MOL Bubi docking station to be found at the intersection of Váci út and Victor Hugo út, however remains available also during the lift reconstruction. The temporarily-relocated MOL Bubi docking station will be accessible under the same name a few metres farther away, at the intersection of Váci út and Alig utca from 13 December 2022. You can pick up and return MOL Bubi bikes at the temporarily station until circa the end of June 2023, afterwards, the docking station will be relocated to its original spot.